Pain is the most common symptom of rheumatism and is usually located in or around the joints. It can be temporary or appear only with movement, for example, in the hands when sewing, in the knees when walking or in the back when bending over; but it can also be fixed and persistent, even preventing movement or sleep.

The pain is sometimes accompanied by a feeling of stiffness or numbness in the joints that improves with movement. But the pain can also come from the muscles, tendons or other structures of the locomotor system and can become very uncomfortable.

Rheumatism is usually manifested by “mechanical” pain that is triggered and aggravated by movement. They subside with rest.

Those so-called “mechanical” pain is the main symptom. They lead to :

These are daily and nightly pains that do not leave the patients: more than half of them are awakened by their pains.

What are Causes of Metabolic Arthritis?

So, rheumatic diseases produce discomfort, prickling, a feeling of heaviness, tightness or tiredness localised in one area of the body (shoulder, neck, lumbar region, legs, etc.) or with a generalised or diffuse distribution, as if the whole organism were involved and which the affected person expresses with a phrase such as: “everything hurts” or “I get up worse than when I go to bed”.

A fundamental symptom is swelling of the joints. It is a consequence of the accumulation of synovial fluid inside the joint cavity and can be caused by a multitude of processes. It is a sign of joint disease that should lead us to consult a rheumatologist. Diseases of the locomotor system can also produce other symptoms, such as loss of appetite, weight loss, loss of strength, weakness, tiredness, fever or alterations in other organs or systems (skin, eyes, mouth, digestive system, lungs, kidneys, etc.).

What are Treatments of Arthritis Symptoms?
Telegram + 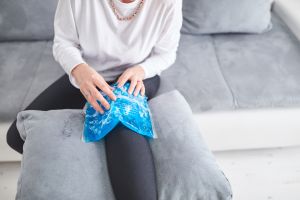